12% of Australians Plan to Live on a Cruise Ship

Living on a cruise ship is cheaper than living in a major city like Sydney.

Not just for retirees, but living on a cruise ship is becoming a viable option for people much younger as well. In fact, we have sold around 20% of cabin-condos to people in their working years. With Storylines affordable pricing, this has now become a viable option. 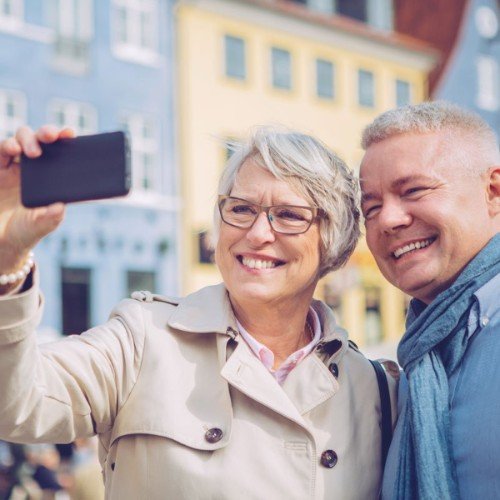 12% of Australians surveyed* replied 'living on a cruise ship ' when asked about their future plans by the Australian Seniors Insurance 10th annual survey. A news.com.au article last week said living on cruise ship is cheaper than living in Sydney at under $493USD ($686AUD) per week.**

Interestingly these figures quoted don't include everything one would reasonably require to live happily onboard for a long time, not to mention the same cruise route every week would get tiring very quickly. At Storylines, we're proud to be able to offer an affordable option. Living onboard Storylines floating lifestyle village is even lower than that at $469USD (equating to about $650AUD per week per person***) with ALL the perks and lifestyle options you could ever want.

For the first time ever, Storylines now offers an affordable option for people to buy a cabin-condo on a cruise ship and travel the world and fulfill their dreams. 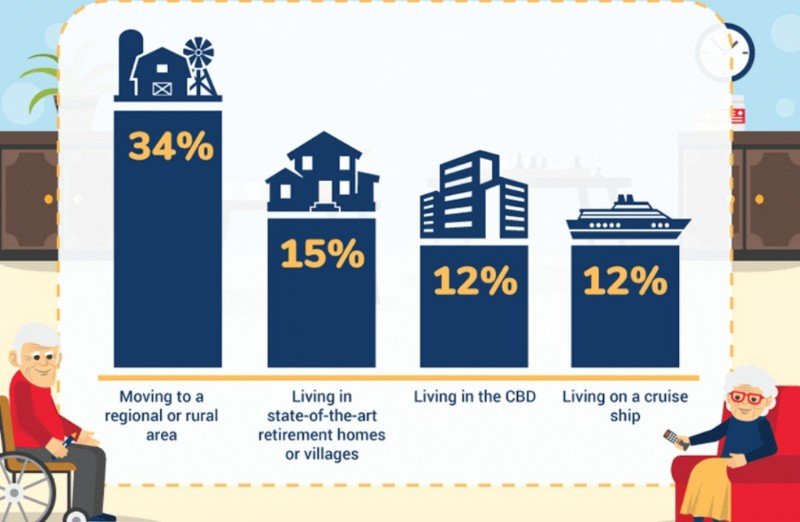 Why is spending retirement on cruise ships an attractive option? 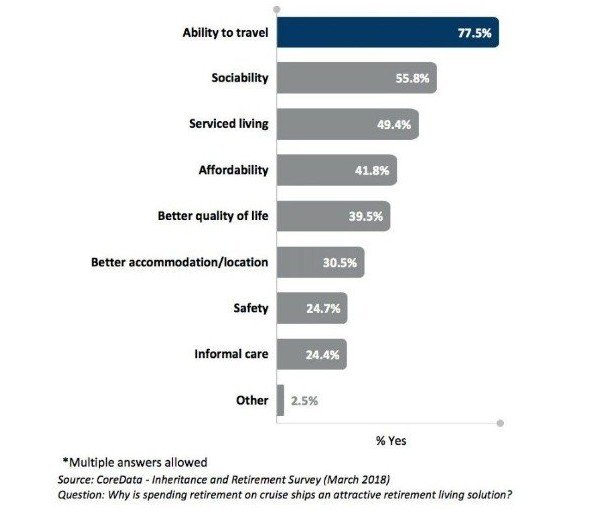 Among seniors who are currently spending or planning to spend their retirement years on cruise ships, close to four in five (77.5%) point to the ability to travel as a primary reason for doing so. Other reasons include sociability( 55.8%), better quality of life (39.5%) and importantly, affordability (41.8%).

Storylines research found that living onboard our residential cruise ship can actually be a better value in a strict dollars and cents comparison than living in New York, Los Angeles, San Fransisco, Miami, Sydney and London.