Celebrate the Grape: The World of Wine Festivals 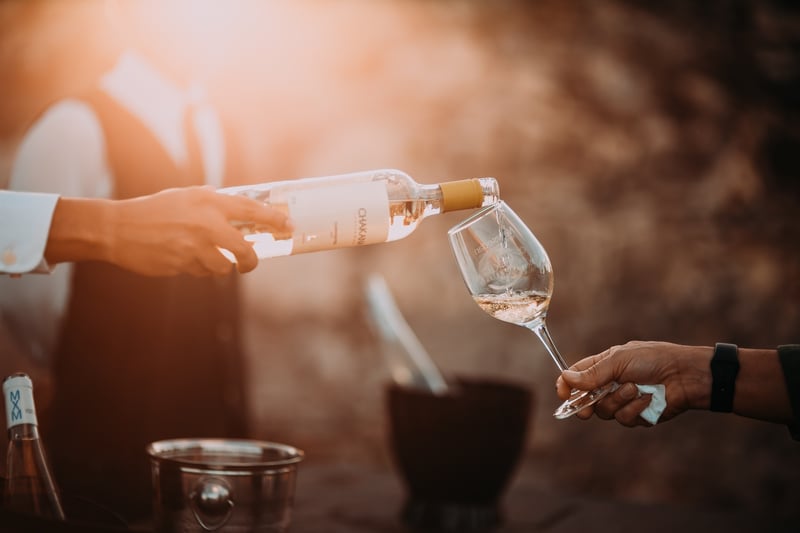 If you are like most wine enthusiasts, there are few things better than spending a weekend sampling different wines from around the world. And what could be better than doing that by traveling to some of the world’s best wine festivals? Ever since The Dionysia (the ancient Greek festival honoring the wine god Dionysus), there have been literally thousands of festivals celebrating the art of viticulture. This blog post showcases the world of wine festivals. So let’s celebrate the grape and go on the ultimate tour to the best wine regions and exciting festivals. Grab your passport, clear your pallet, and prepare to get a little tipsy because here are just a few of the top wine festivals for every oenophile’s bucket list. 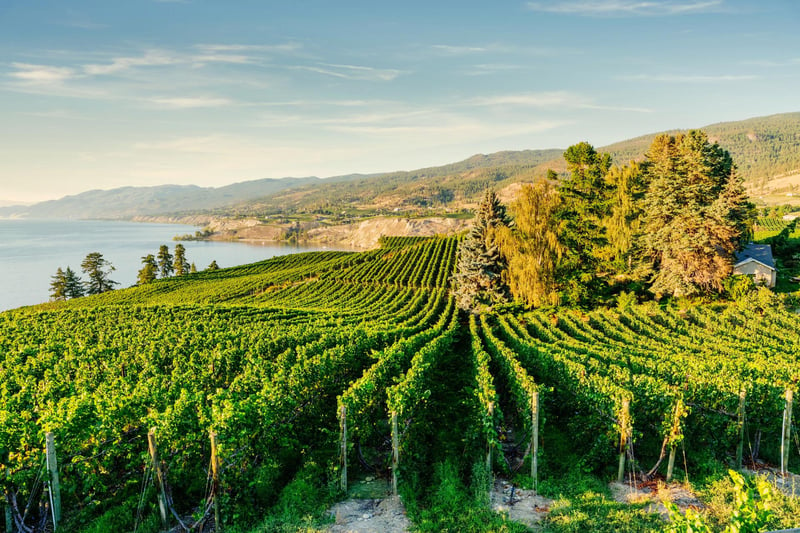 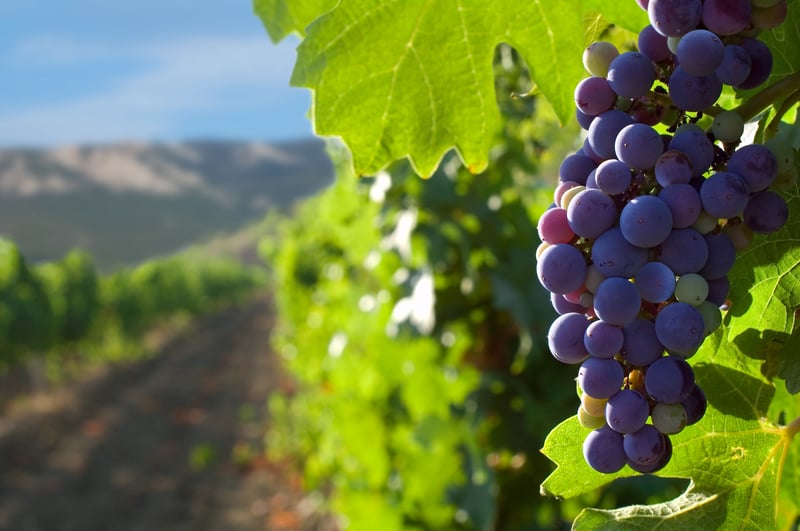 The setting itself is worth the visit to the Aspen Snowmass Food and Wine Festival, which has the breathtaking backdrop of the Rocky Mountains and surrounding nature. The festival also has a reputation as the best culinary festival in the country, attracting some of the most revered winemakers, sommeliers and chefs worldwide. The experience for festival-goers includes a 3-day event with exceptional local and international wines paired with delicious food and a grand tasting event. Seminars are on hand to learn from innovative culinary leaders, the best in winemaking, and all things epicurean. 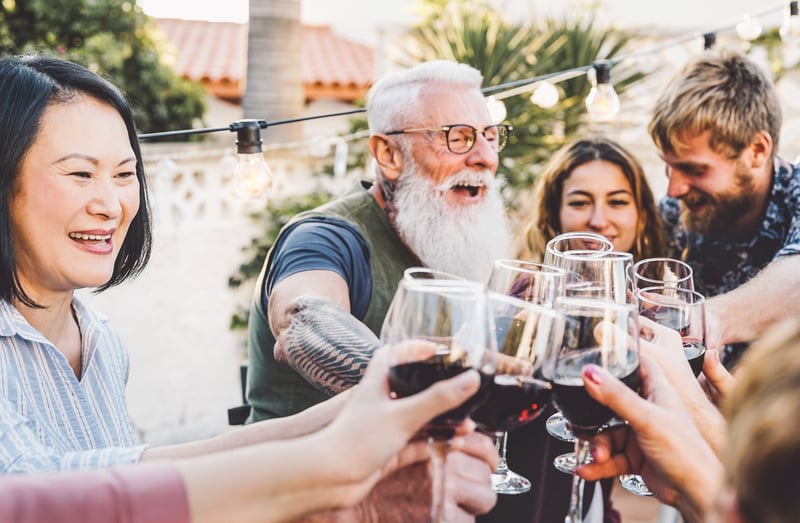 The CabFest San Francisco is California’s premier luxury lifestyle event that celebrates, you guessed it, various cabernets in all their glory! Not surprising as Napa Valley produces some of the best cabs on the planet. The exclusive event features delicious food, fun events and entertainment including access to a VIP after-party. Not to mention the world-class wine as Napa Valley is a world-class wine region featuring some of the world's best reds. Attendees taste a variety of cabernet blends, including Cabernet Franc and the Napa-renowned full-bodied Cabernet Sauvignon. 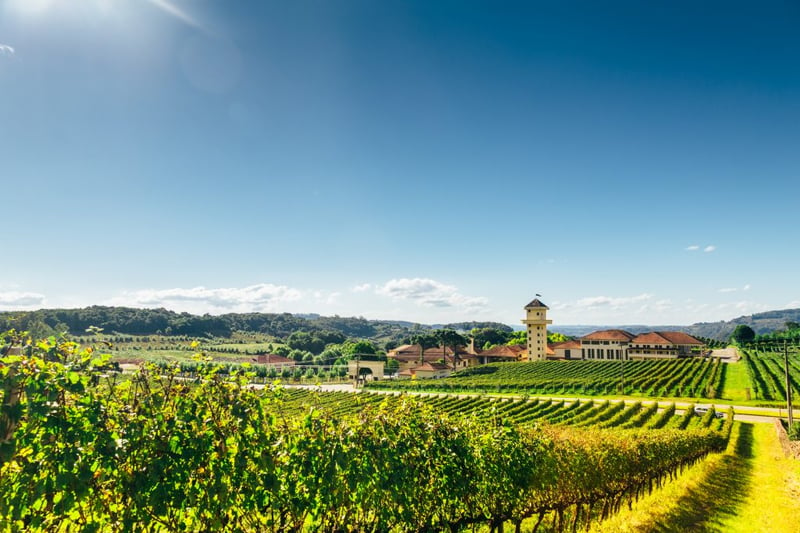 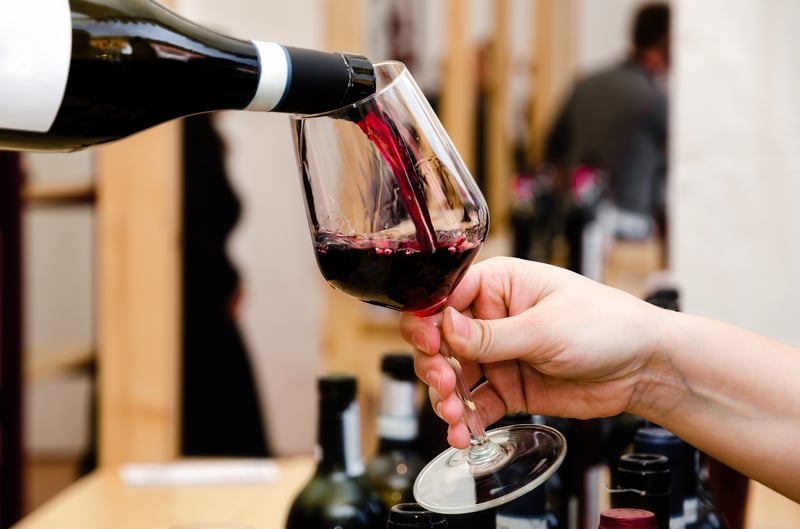 Who’s up for a South American fiesta? Chile and Argentina are South America’s primary wine producers as their cooler climates and rich soils create ideal environments for growing grapes. While several varieties are grown throughout the regions, their signature varieties are Carmenere in Chile, and Malbec and Torrontes in Argentina.

The Fiesta de Vendimia in Mendoza is the biggest wine festival in South America, attracting up to an incredible 700,000 attendees worldwide. It is also steeped in history, with the first harvest festival in 1936 declaring the prettiest girl working in the grape fields as the Harvest Queen. The entire event now consists of several family-friendly regional festivals with their own Harvest Queens leading up to the Grand Finale in Mendoza.

The epic event is worth the wait and includes never-ending wine tastings, music, dance, and theater. The Harvest Queen election is broadcast on national television, and the winner is paraded with confetti through Mendoza’s main street! 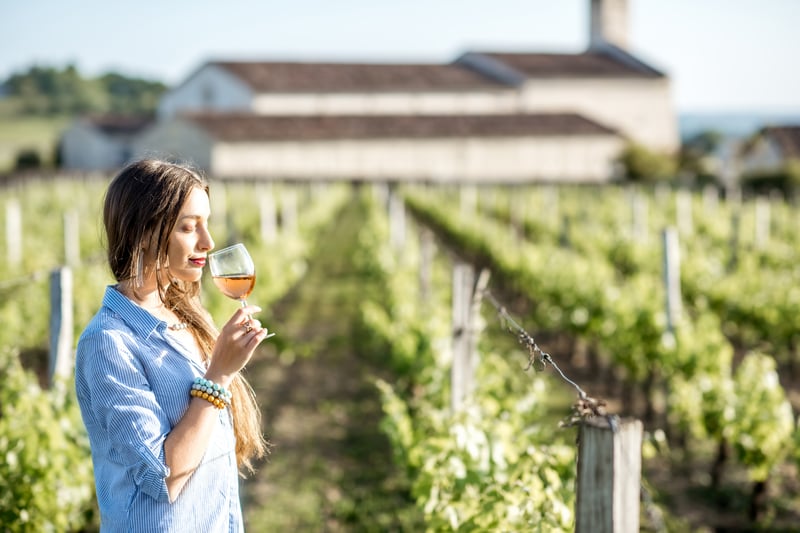 One of the leading destinations for oenophiles, the Bordeaux Wine Festival is a one-of-a-kind event. It takes you on an iconic wine route winding its way through quaint villages and picturesque vineyards. The tasting pass allows you to try the best wines in the region with vintners and merchants. All the food and wine are local, organic, and environmentally certified.

With a commitment to sustainable events, the 2022 Bordeaux Wine Festival theme was Conviviality, sharing, and respect for the environment. Additionally, with the Bay of Biscay close by, nautical activities also play a role, with beautiful sailing boats a part of the festival. 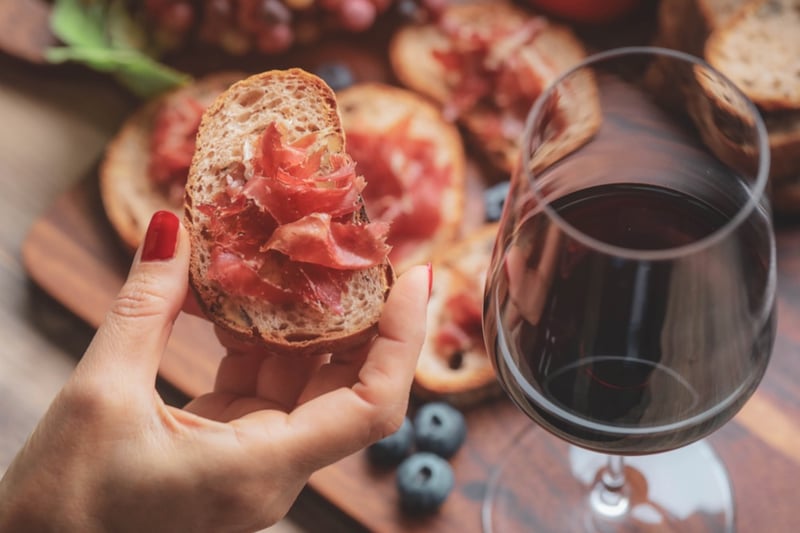 The Fiesta dell’Uva (the Grape Festival) dates back to 1928 and has since become the most popular event in the region for both locals and tourists alike. What’s great about the Grape Festival is it takes place in the small Tuscan village of Impruneta, in the Chianti Classico zone, a region of vineyards and wineries near Florence. Wine has been made here for over 3,000 years and is an incredible place to celebrate the grape!

During the fiesta, the village transforms into a colorful and vibrant party with a parade of allegorical carts stacked with massive wicker baskets filled with grapes made by four different districts in Impruneta; Fornaci, Pallò, Sant’Antonio, and Sante Marie. This is accompanied by plenty of wine sampling, dancing, tasting agricultural products and shopping (of local handicraft products). The streets are narrow and thousands rush to the tiny village for the spectacle, so get in early! 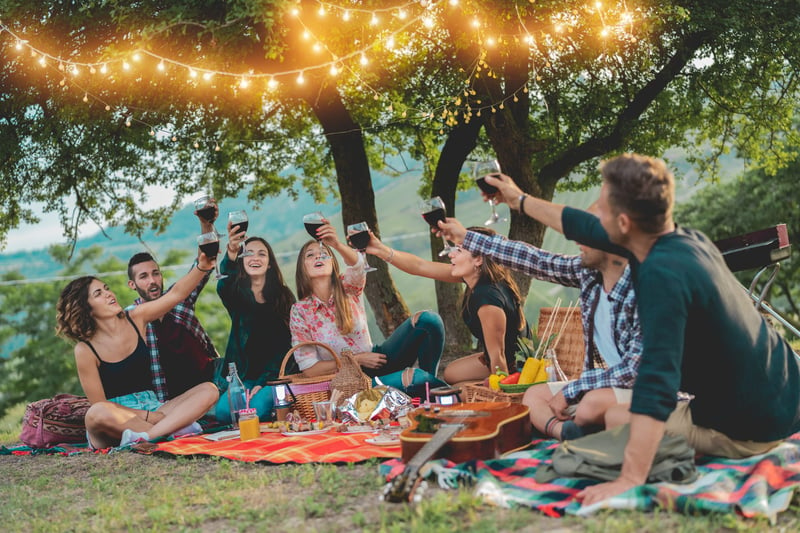 Traditionally known as the Festivities of San Mateo, the San Mateo Festival is full of culture. The town of Logroño goes all out, filled with color, fun, and festivities, creating a carnival-like atmosphere. However, wine and grapes take center stage with tastings of the best Rioja wines, a red grape unique to the region. And zurracapote, red wine mixed with peaches, lemons, sugar and cinnamon. Beside tastings, the festival includes music, bull-running, parades of floats, ball games and delectable Spanish food of course. You are also encouraged to throw eggs, flour, mustard, cava and tomatoes!

One of the signature traditions and highlights is the foot-crushing of the grapes, the old way of winemaking. La Rioja is not only Spain’s best wine destination, it is also incredibly scenic and features important religious architecture, especially in the capital, Logroño, home of the festival. The Camino de Santiago multi-day trek also runs through Rioja. 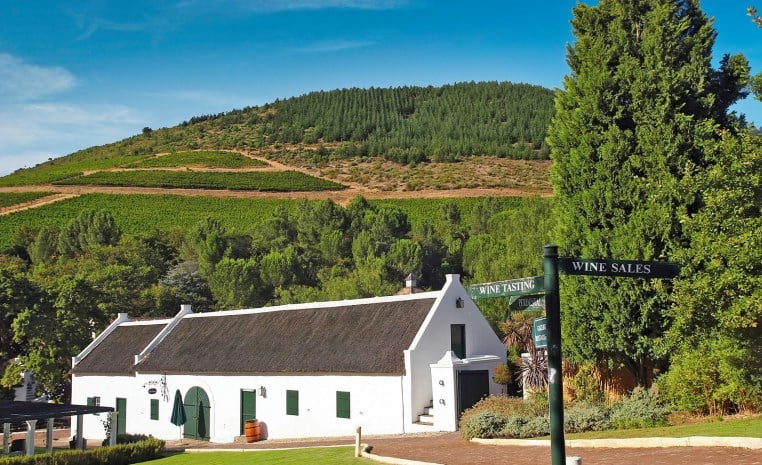 The Constantia Fresh Festival celebrates the new harvest of these grape varieties and has become one of the most prestigious wine events in South Africa. It attracts the best exhibitors and even the country’s top chefs to prepare appropriate food to pair with the wine. The festival takes place outdoors to appreciate the beautiful vineyards and the impressive landscape beyond. Enjoying the country’s freshest food and wine while listening to live music in this breathtaking part of the world ticks all the right boxes. 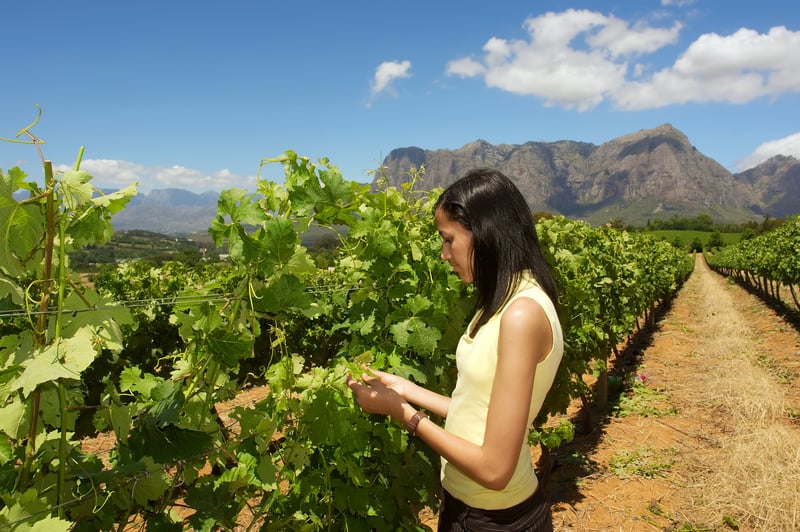 Franschhoek is arguably one of the most scenic wine regions globally, lying in a valley surrounded by the dramatic mountains that are so synonymous with the Western Cape of South Africa. If you get the opportunity to visit, we recommend taking the charming little train that takes you around to all the prominent wineries, making wine tasting a breeze.

The Franschhoek Uncorked Festival celebrates the new harvest, showcasing the new release wines from the vineyards in and around the valley. These include a selection of white wines, rosés, and the region's signature méthode cap classique (MCC). The festival takes you around the district, and the diversity of the wines is impressive. Enjoy live music and great food, including German cuisine (along with the incredible wine of course). 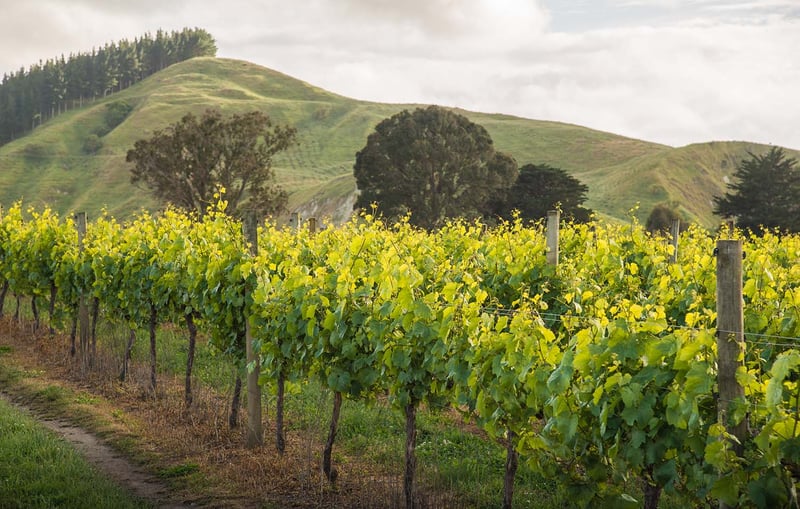 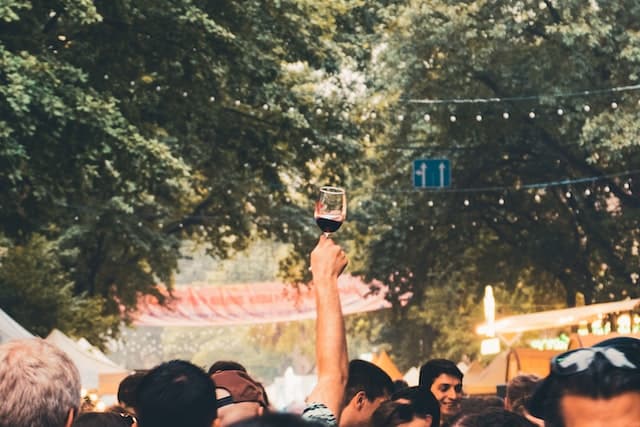 McLaren Vale in South Australia is one of Australia’s oldest wine regions. It is also renowned for producing some of the best shiraz in the country, if not the world. As a result, the McLaren Vale Wine Show is highly regarded by the national and international wine community including trade and media so the festival has an impressive list of testimonials and sponsors.

Every year, the McLaren Vale wine community celebrates the coming of the new harvest with a bushing tradition leading up to the wine show. The tradition dates back to medieval times, whereby tavern owners placed olive bushes above their doors to commemorate the arrival of a new vintage. The practice also involved winemakers coming together to discuss improving their wines, which led to the first McLaren Vale Wine Committee, which eventually resulted in the wine festival. It finishes with a panel of judges deciding which “Best Wine of Show” is awarded the prestigious Bushing Monarch title at a live-streamed black-tie event. If you love your reds, primarily shiraz, mark the McLaren Vale Wine Show on your calendar. 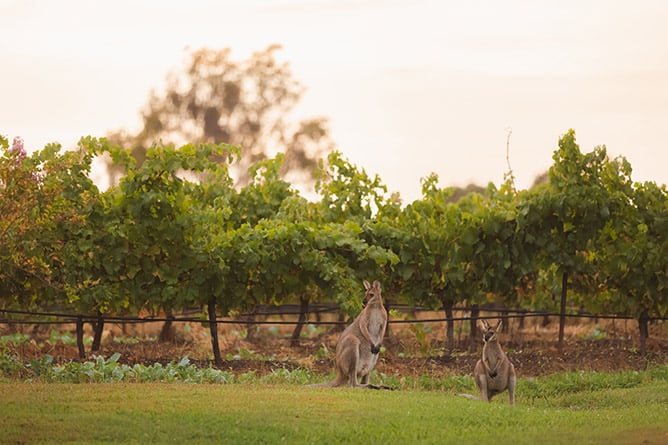 The End2End Festival is a celebration of wine combined with food and music in New South Wales’ beautiful Hunter Valley wine region. Over twenty wineries from the region participate, spread across four venues with a shuttle bus continually connecting the locations.

The Hunter Valley produces world-famous Semillon, unique due to its low sugar levels, lightly pressed process, and fermented without skin contact or barrel fermentation. Expect to taste some of the best Semillon on the planet, paired with excellent gourmet seafood prepared by celebrity chefs while listening to live music. The good life! 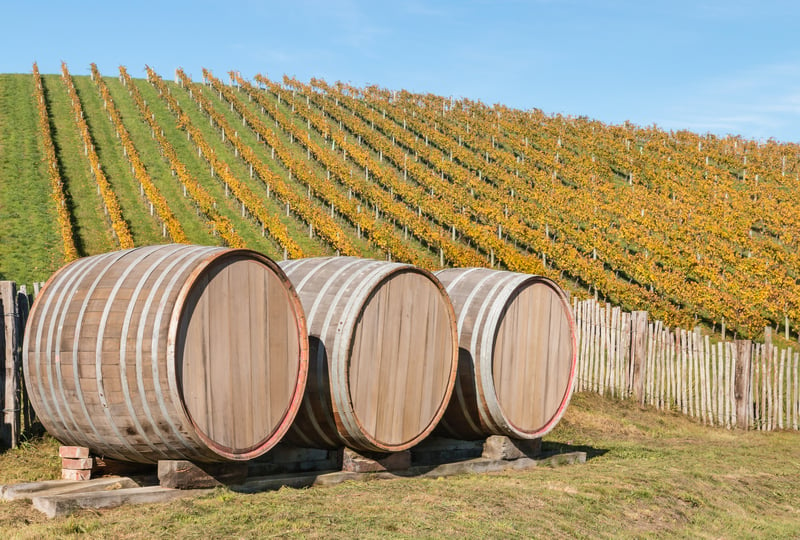 Along with Auckland's The World of Wine Festival, the Marlborough Food and Wine Festival is one of the oldest truly global wine events in New Zealand.  With its maritime climate, fertile soil, cool weather, and winds rolling in from the Pacific, the Marlborough location at the top of the South Island has the perfect environment for grape growing. This is especially true for sauvignon blanc, with Marlborough varieties having gained a reputation as some of the best in the world.

Here, they celebrate the beginning of the coming harvest and have been doing so for over 30 years. They welcome hundreds of international visitors, both winemakers and wine lovers, sampling excellent wines paired with the freshest seafood prepared by some of New Zealand’s best chefs. If you are a fan of whites and particularly sauvignon blanc, then the Marlborough Wine & Food Festival should be on your bucket list. Even if you cannot make it to the festival, the snow-capped mountains bordering the valley and the iconic Marlborough wine trail are worth the journey itself.

Storylines is a luxury lifestyle ship creating a like-minded community of globally-conscious citizens traveling the world. We seek out unique experiences, cultural events, and community participation while practicing and promoting sustainable travel. To learn more, visit our website.