Embarking on the World's Great Railway Journeys Between Ports of Call 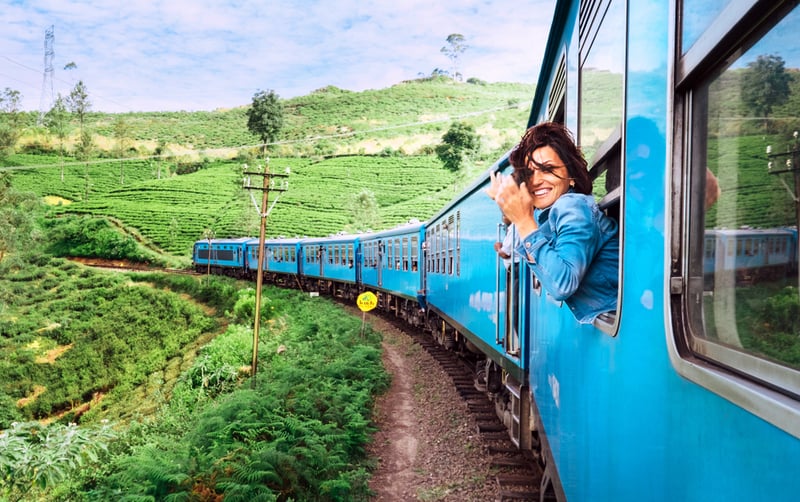 Epic sea voyages combined with spectacular train journeys; seems like a marriage made in travel heaven. Could it be the best combo since avocado and eggs? (Just quietly, if you haven’t tried that combo, you must.)

As the world reopens, people are finding alternative ways to fulfill their thirst for adventure. We love combining cruises with road trips in between port stops and we expect to see a new travel trend emerging as rail enthusiasts combine cruise travel with the great railway journeys of the world. These epic journeys are sometimes coast to coast where they reunite with their cruise ship at port, or link up with another cruise liner. How good is that?!

Let’s take a look at how you can do just that as part of Storylines’ travel content, with our favorite train trips from port to port. Note, we have not included some of the great train journeys of Canada and the Americas in general because we are focusing on cruise ports. As such, be sure to keep this list with you when planning your next world cruise or embarking with Storylines as an owner resident. 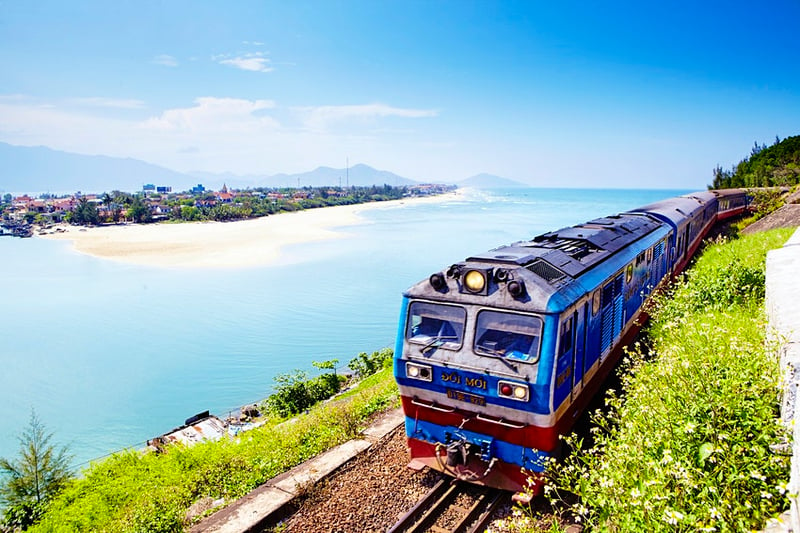 The first train to leave the station is the Reunification Express from Hanoi to Ho Chi Minh City in Vietnam. This is a special train journey, and not just for the incredible scenery. As the name suggests, the railway was constructed to reunite the north with the south after the Vietnam War. As a result, it’s regarded as a powerful symbol of solidarity. From the comfort of your cabin, expect to see dramatic limestone cliffs jutting out from emerald waters, beautiful beaches, mountains, jungle, wetlands and two incredible cities in Hanoi and Ho Chi Minh, where you must try the authentic Vietnamese street food. 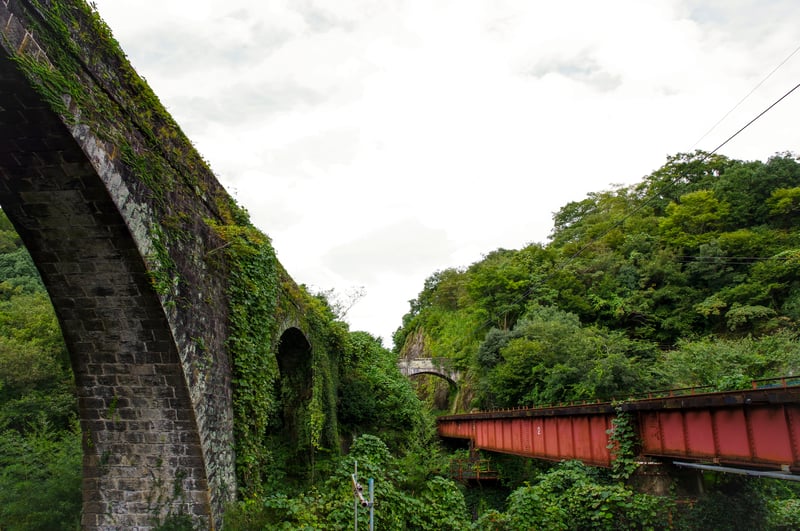 While most Japanese trains are built for their speed and efficiency, known as the bullet train, the Seven Stars is a luxury cruise train that takes you through the stunning scenery of the volcanic island, Kyushu. The four day itinerary does a complete circuit of the southern island of Japan, starting and ending at the port city of Hakata-Fukuoka. If your are in Japan with Storylines and have several days in port, then this is a train journey you do not want to miss.

However, this luxury train is so popular that you will need to apply by lottery. As such, get in it to win it before you arrive in Hakata-Fukuoka. For the ultimate experience apply for Deluxe Suite A, a 226 square foot room in the back carriage that comes with a floor-to-ceiling panoramic window overlooking the tracks behind the train providing you with maximum scenery viewing.

If, however, you miss out on the Seven Stars, experiencing a Japanese bullet train is worthwhile. We recommend the Shinkansen Tokyo to Osaka bullet train which reaches speeds of 320km/h (yes, you read that right), and gets you from Tokyo to Osaka in an incredible 2 hours and 30 minutes. At least you won't miss the boat! 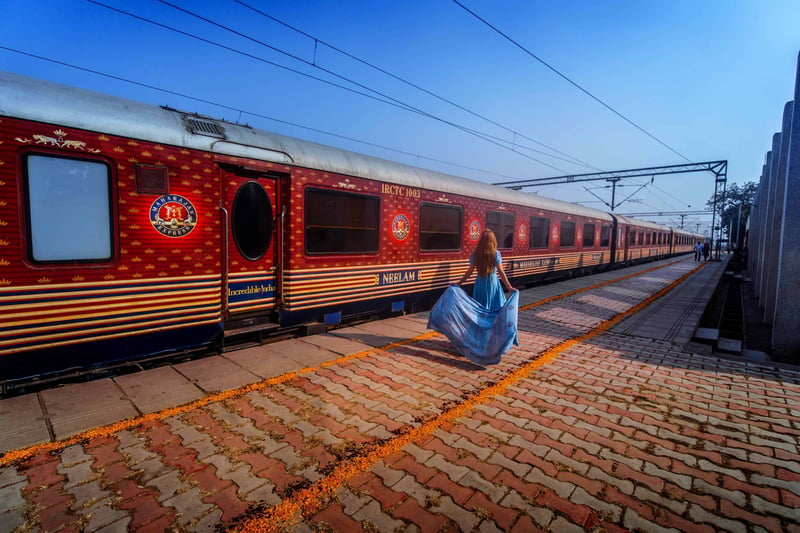 After you enter Mumbai International Cruise Terminal, be prepared for a bustling city of over 20 million people. A hive of frenetic energy, you may be in need of a peaceful train vacation after, and we have just the one. The Maharajas Express has four train journeys to choose from. We recommend The Heritage of India. While not a port to port trip, it is worth the train ride to Delhi even if you fly back to Mumbai. This is a great trip for those who like to learn about the history and culture of the countries they visit. The 7 day / 6 night train journey crisscrosses through medieval caves of Ajanta and onto the historic forts and palaces of Rajasthan. They include cultural immersion experiences with local sightseeing tours and insider experiences such as sundowners among the giant sand dunes, elephant joyrides and shopping experiences. And yes, you will get to see the incredible Taj Mahal during your Heritage Of India tour. 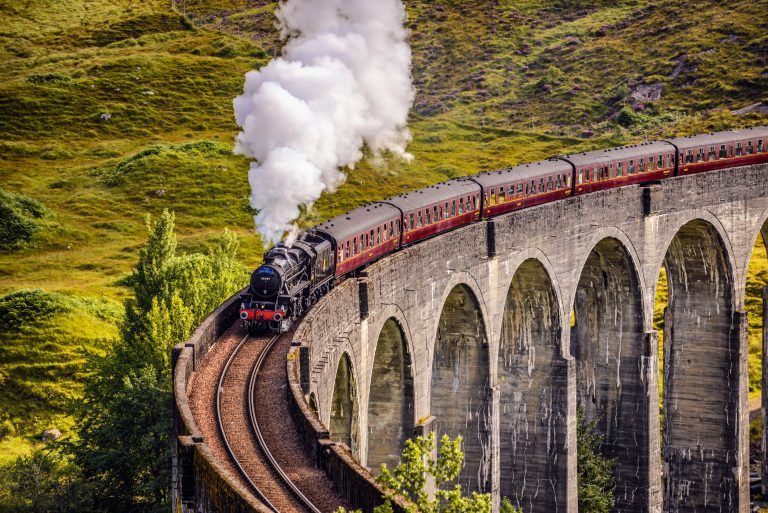 Okay, so this is actually called the Jacobite Steam Train but it is the same train that was used as the Hogwarts Express in the Harry Potter films. While the ports of Fort William and Mallaig are only accessible by smaller cruise ships, this is a great one for the kids. Often described as the greatest railway journey in the world, this round trip starts near the highest mountain in Britain, Ben Nevis, and passes by the deepest freshwater loch in Britain, Loch Morar, as well as the deepest seawater loch in Europe, Loch Nevis. Along the way you will stop by some of the most beautiful little villages including Glenfinnan, Lochailort, Arisaig, Morar and Mallaig that are like something out of a fairytale. Or a movie! Remind your kids to bring their magic wands!

*Looking for something a bit more luxurious? Another way to see the Scottish Highlands by train is on The Belmond Royal Scotsman. Three itineraries are offered, all of which start and end in Edinburgh. 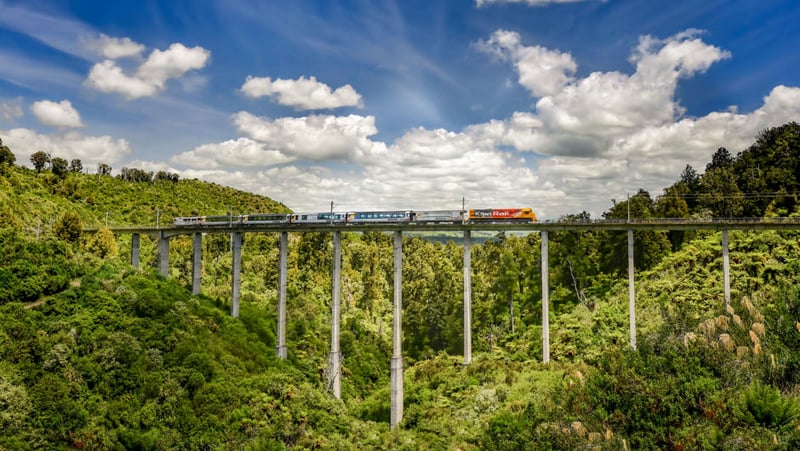 Down at the bottom of the Pacific Ocean is the land of the long grey cloud, New Zealand. This rail line is actually called The Northern Explorer; an incredible journey from Auckland, at the top of the North Island, to Wellington, the nation's capital at the bottom of the island. In between is spectacular scenery, some of which you’ll recognize as Middle Earth from the Lord of the Rings Trilogy. You may even spot the shire-like green hills of Hobbiton.

Other highlights include crossing the Makatote Viaduct below Mount Ruapehu, and winding down the Raurimu Spiral section of the railway. We recommend stopping in Otorohanga and taking a 15 minute cab ride to the Waitomo Caves. Here, be sure to do the glowworm caves boat tour. Finally, the New Zealand capital of Wellington, a beautiful little port city awaits at the end which is worth the journey in itself.

Photo credits to The Ghan.

The Ghan railway, although it sounds like it belongs in India, runs from Adelaide in South Australia to Darwin in the top end of the Northern Territory. It slices right through the red center of the outback, a bit like the wild west of Australia. Both cities have popular cruise ports so this is one of the excellent coast to coast railway vacations. After consuming too much wine and cheese in the renowned wine regions of South Australia, a long, peaceful train trip through the middle of nowhere might be just what the doctor ordered.

On the way you can visit the underground hotels of the opal mining town Coober Pedy, and the spiritually famous Uluru, a very big rock in the middle of nowhere. For the best experience, combine the Ghan Expedition with tours of Uluru, Palm Valley and Alice Springs. Expect to see a rugged landscape and lots of wide open space that gives the sense of being so far away from it all… because you are. Once the rail line reaches Darwin, try and make time for Kakadu National Park and The Kimberleys, two bucket list items on their own. We’ve chosen the Oslo to Bergen railway due to its access to cruise ports. It is also similar to what one might expect on the famous Canadian rail vacations.

After enjoying the cosmopolitan city of Oslo, consider embarking on the train ride to the west coast city and cruise port of Bergen. This is a nice, cozy journey crossing the high-altitude Hardangervidda, the largest eroded plain in Europe. The railway passes through 1.5 billion year old metamorphic rock and spectacular alpine scenery before entering the incredible wild fjords of Bergen. Tiny villages nestled in between the fjords are like something out of a fairytale. From there you can do glacier tours and some of the best (and coldest) rafting on the planet. 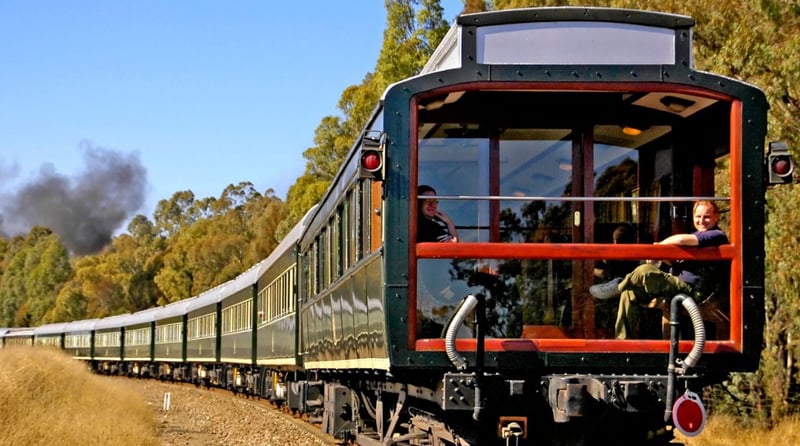 Cape Town is a hugely popular cruise port destination and one of the most naturally beautiful places in the world. As such, make sure you spend ample time there. An excellent way to see the city when you are stuck for time is to get a 2-day hop on-hop off, City Sightseeing bus tour. For roughly $50 USD, this will drive you all around Cape Town, including up to Table Mountain where you can choose to either hike (must be fit) or get a cable car to the top. The view looking back over the city is a must-do.

Now, oh, that’s right, the Pride of Africa - Rovos Rail! The rail vacation takes you on a route through the unbelievably picturesque country, including the wine vineyards of the Western Cape up into the stunning South African Highveld destinations, where you should keep a keen eye out for wild animals. On that note, try fitting in a safari if possible. Otherwise, complete the round trip back to Cape Town. The journey, tours and scenery is worth doing twice! 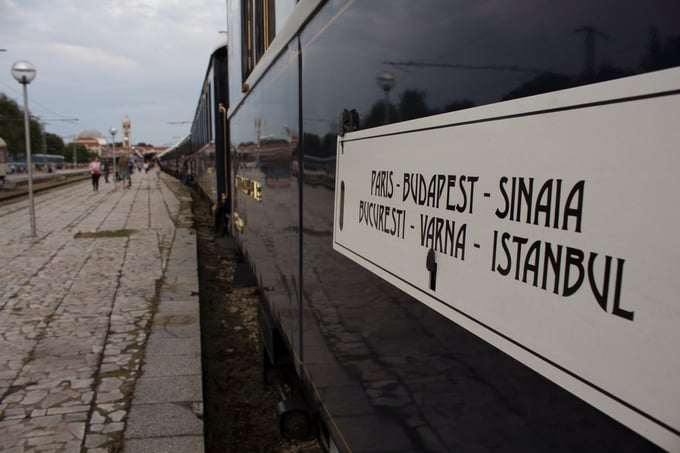 The Venice Simplon Orient Express is a legendary train journey taking you from one iconic city, London, through Europe to disembark at another iconic city, Venice. Steeped in history, this decadent train journey harks back to the 1920's. Having taken some time out the last few years, the Venice Simplon Orient Express is back better than ever after working hard to further enhance the first-class service and timeless elegance. They have six Grand Suites that are truly fit for royalty, with queen size beds and more. In fact, the Grand Suites were originally designed for traveling royalty from the golden age. Each one is designed and inspired by the cities they are named after; Vienna, Prague, Budapest, Istanbul and of course, Venice.

The train itself is in fact two trains; a historic British Pullman train from London to Folkstone, and a classic 1920's Continental train with sleeping carriages. Both trains offer their own unique splendor and charm. The entire journey is 24 hours and takes you through some of the most stunning European scenery which includes the countries of England, Belgium, France, Germany, Hungary, Italy, and an option to travel onwards to Romania and Turkey. 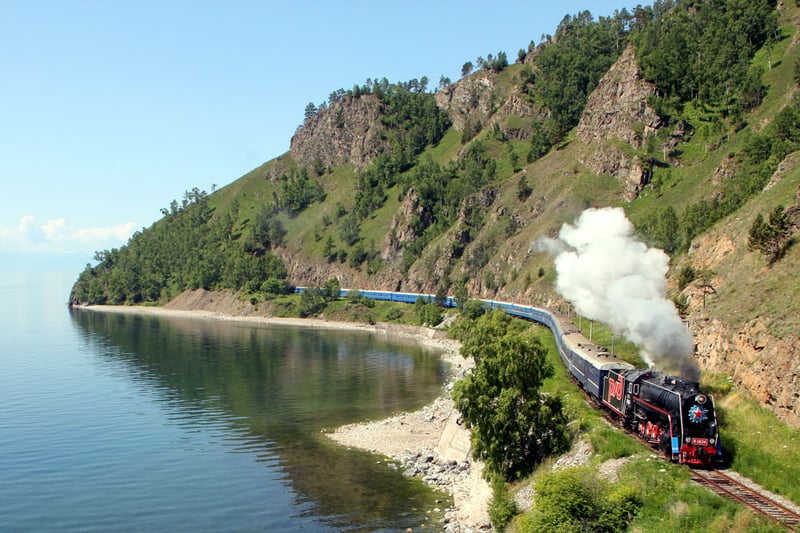 10. The Trans-Mongolian Railroad, Russia to China

Leaving the best (or at least the most epic) for last: the Trans Mongolian Railroad. This colossal railway line takes you from Moscow, Russia, through Mongolia to Beijing, China. It’s important to note that Moscow is not a cruise port, so you will need to enter through the port of Saint Petersburg where you can take a three and a half hour separate train ride to Moscow to embark.

The Trans-Mongolian is a true bucket-list railway journey that takes a week, crossing six different time zones along this centuries old trade route. This is a rail vacation where it really isn't about the destination, but the journey. Perhaps just as interesting as the variety of terrain you pass through are the assortment of characters from all walks of life inside the dining car. One of the best places to meet people; expect interesting conversions, card games and excellent vodka!

An alternate journey is the Trans-Siberian railway. At 5,772 miles, it is the longest railway in the world which takes you from Moscow in the west to Vladivistok, a cruise port on the Pacific Ocean in Russia’s Far East. Much of the journey is the same as the Trans-Mongolian except that one dips south at Ulan Ude to traverse through Mongolia, ending in Beijing, while the Trans-Siberian goes straight across Russia.

To travel these routes by private train, we recommend Golden Eagle Luxury Trains.

Travel the World with Storylines

Unlike other world cruises, Storylines stays up to five days at port at exotic and historical travel destinations, allowing resident owners to properly explore. Such lengthy port stops not only enable you to really experience iconic cities like New York, where there’s so much to see, but also consider land tours and train travel to see inland destinations and sites like Niagara Falls.

For more information, reach out to us anytime.