Clean Air in a Post-Pandemic World: All About MV Narrative’s HVAC System 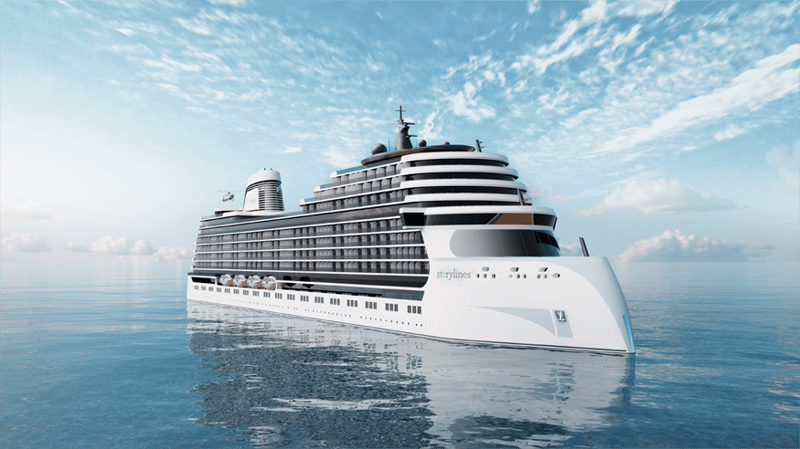 In 2021 Storylines announced a corporate partnership with Carrier providing the heating, ventilation and air conditioning system (HVAC) for MV Narrative. For those who don't know, Willis Carrier changed the world when he designed the first air-conditioning system in 1902 in New York City. A century later, Carrier is still the world leader in HVAC, including paving the way in sustainable innovation. But what makes the company’s modern HVAC solutions so innovative today? We will discuss that, but first, let's take a look at why this topic is so essential.

Air quality and flow are essential for any building to provide a level of comfort and for critical health reasons for those within. Poor ventilation enables moisture and mold to thrive and spread disease, something the cruise industry learned the hard way during the Covid-19 pandemic. Conversely, Storylines was able to learn where other cruise lines faltered, which has enabled us to design the most innovative cruise ship HVAC system.

One of the main problems with vacation cruise ships is that the air from cabins was forced out into the ship's corridors, which allows viruses to spread to public areas quickly. This fundamental mistake is not only reserved for cruise liners but is also faulted in Australia's hotel quarantine system which lead to outbreaks and lockdowns due to poor ventilation standards inside the medi-hotels. For example, for someone Covid-positive and isolated in their hotel room, the air they were recirculating was being pushed out into the corridors and therefore exposing staff. In turn, the staff then carried the virus out to the public. As a result, experts called for new ventilation standards in buildings nationwide. 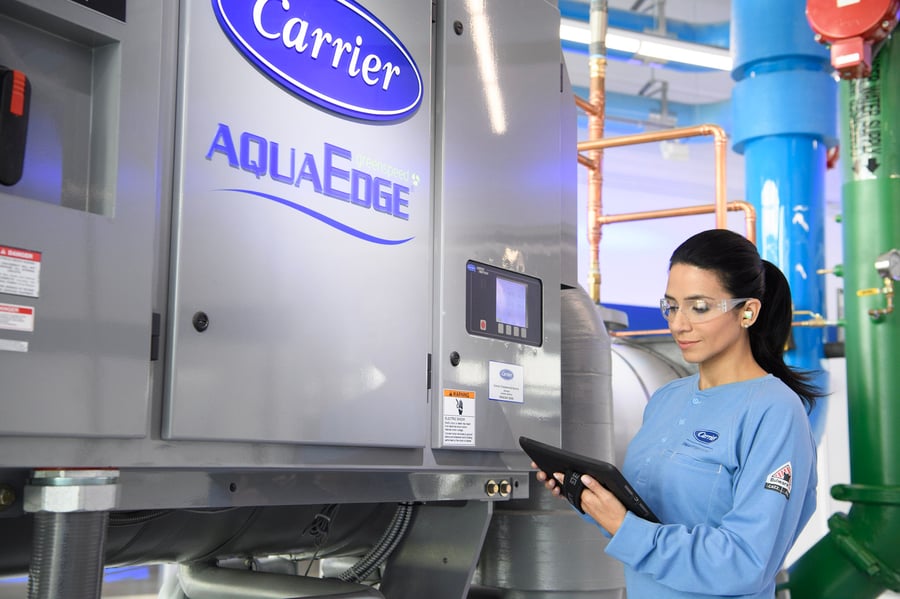 Storylines’ HVAC system addresses this problem. Fans are designed to blow air through the rooms to flow through to the outside (instead of the corridors) and the system is being specifically designed for cruise ships to meet the requirements in regards to filtration, air mixing, humidification, dehumidification, ventilation, recovery and sound attenuation.

Features and benefits of the innovative system

The HVAC on MV Narrative has first-class HEPA filtration and purification systems for better air quality and energy efficiency. We spend on average 90% of our time indoors, so when you have fresh air circulating throughout a building, it promotes a healthy environment, which is proven to:

HEPA filtration is a medical-grade filter that stands for High-Efficiency Particulate Arrestance. A HEPA filter with a minimum efficiency of 99.97% of particles at 0.3 microns and 95% of particles at 0.1 microns. In layman's terms, it purifies the air to a medical grade quality.

HEPA filters are used in the HVAC system that powers and distributes airflow throughout MV Narrative. Besides addressing the risk minimization of spreading Covid (and other viruses), this highest grade filtration system supports our vision of providing optimal health solutions for our resident community.

Another area of significance in our innovative HVAC system is UV technology to create hydroxyls. Say what? Without getting too technical, hydroxyls are naturally occurring and safe molecules produced by the sun's ultraviolet rays when reacting with water vapor in our atmosphere. They have been nicknamed the detergent of the atmosphere because of their ability to kill:

They also break down volatile organic compounds such as:

How does this apply to air conditioning and ventilation? NASA first used Hydroxyl technology to keep astronauts safe and healthy inside the International Space Station, and it is now used worldwide. Our HVAC system contains a specifically designed Hydroxyl Generation Unit utilizing UV technology to create hydroxyls. Like the naturally occurring hydroxyls in our atmosphere, they treat our air and surfaces, removing volatile compounds, mold, odors and pathogens. This helps not only in the residences, but shipwide. By removing these from the air in the kitchens, restaurants and storage areas, for example, odors and pollutants are decreased which equates to fewer cleaners, less allergens, fewer viruses and decreased health care costs.

Oxygen cluster technology is used in hospitals to clear free radicals. The process generates electrons which are naturally already outdoors. The oxygen in the air stays the same at 21% and the oxygen cluster process speeds up the natural sanitation properties of oxygen by creating oxygen clusters which makes them more attracted to viruses, killing them in seconds as opposed to the normal times of minutes, hours or days (depending on the surface material). In addition, this system can:

Fundamentally, the technology kills bacteria by forcefully breaking down the cell wall while remaining safe for people in the same area. As a result, we don't require bacteria to be sucked back into our units for sanitation. Instead, viruses are killed on all surfaces 24/7, including all metals, plastics and fabrics such as bedding, clothing and furniture, without the use of harmful chemicals.

Here are three of the uses for the oxygen cluster process:

Part of the HVAC system will include oxygen clusters to control the ripening of bananas, avocados, mangos, etc.,by neutralizing the natural ripening hormone Ethylene. These also neutralize harmful bacteria so that fresh produce can be kept in a suspended state for significantly longer, preventing over-ripening and rotting.

In parallel, due to the above, the facility's temperature can be higher, significantly reducing power consumption. Furthermore, these oxygen clusters are long-range, less erratic and do not create toxic or carcinogenic bi-products like other systems.

The HVAC technology continuously sanitizes surfaces 24/7, including clothing, equipment and people. Oxygen clusters travel deep into fabrics and soft furnishings to kill and deodorize molds while killing airborne spores, which may be blown to other areas or into the ductwork.

The HVAC utilizes enthalpy wheels to reduce the burden on the system to get incoming outdoor air to the desired temperature, improving energy efficiency.

Perhaps most impressive, is the ability to convert excess energy from cooling the LNG fuel (which powers MV Narrative) to cool the HVAC system, reducing total vessel energy consumption. Such an innovation fits right in line with our values of sustainability responsible tourism. The waste recovery technology is a brilliant solution to recycle resources for other uses including: 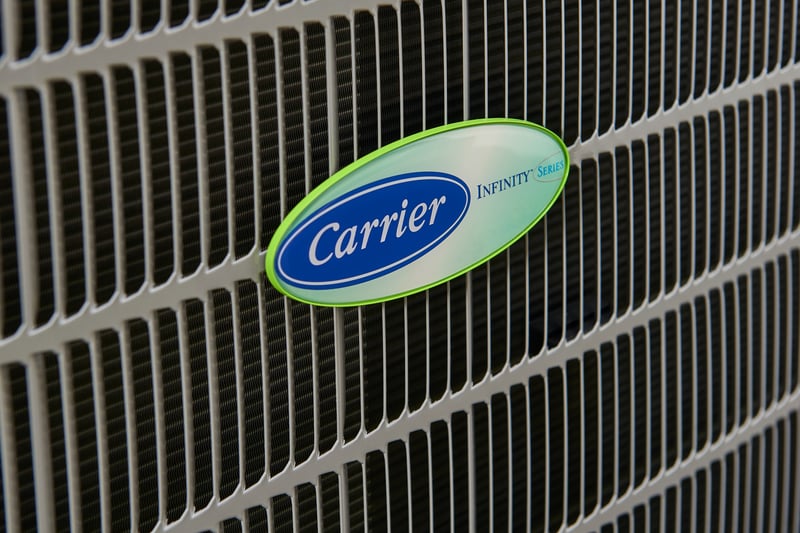 We hope you better understand the HVAC system onboard MV Narrative. It has been especially chosen to create one of the cleanest, most hygienic and safest environments - one that exceeds hospital standards. It's also comforting to know that the air inside will be just as fresh as the air outside of the ship; and with all those sea miles to take in the clean air and starry skies, we like to think that we’ll be breathing some of the freshest air on the planet.

*This article has been corrected/updated to remove the words 'reactive oxygen'.