Prior to the pandemic, Storylines hosted our first curated trip for Founders Circle members to the Philippines to discover and help curate on-shore experiences for our future residents. Invited by the Department of Tourism in the Philippines, the trip was an incredible success, providing invaluable insight into the region and a tantalizing taste of what’s to come as residents of one of the world’s only private residence ships. 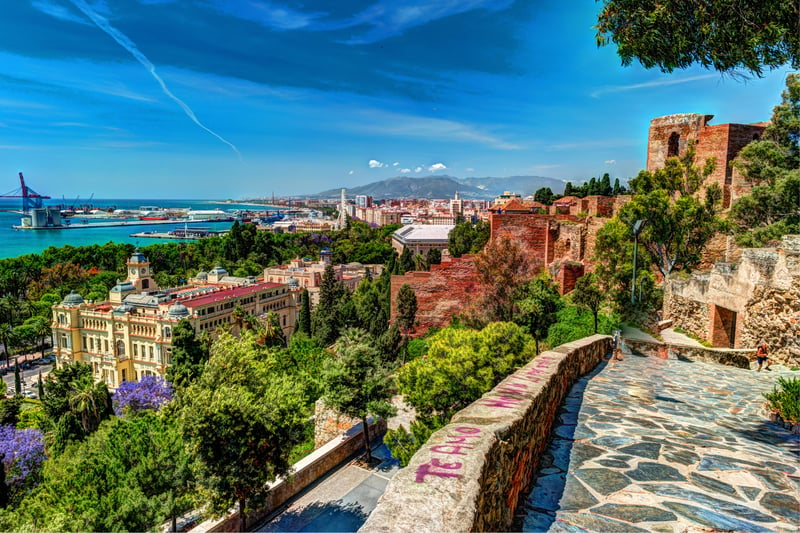 Eight Founders Circle members explored the beautiful and historic Andalucía, Spain this month along with a travel writer and a Storylines representative. Being a Storylines brand ambassador is not such a bad gig, mind you! The ultimate goal for these trips is to create truly unique experiences for the entire Storylines community to discover when the ship sails in the region. The curated itinerary was designed to embrace Storylines’ eight guiding principles: 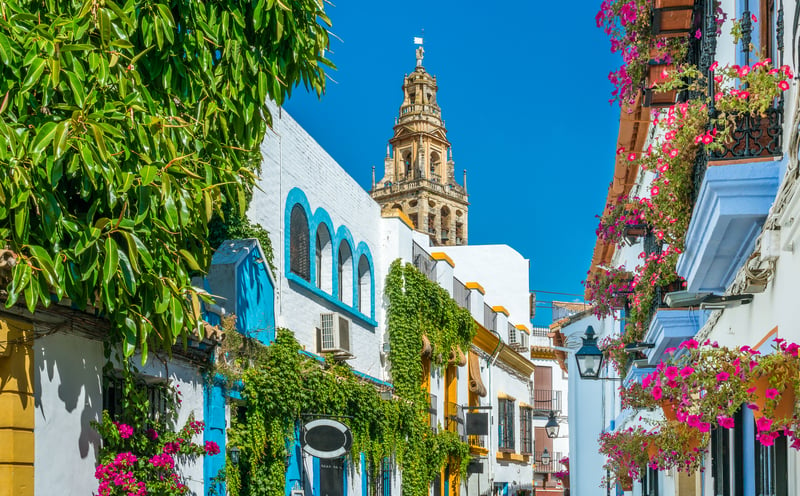 After flying into Spain’s vibrant capital Madrid, our founding members got to know each other and a great sense of community began to form. The next morning, they caught a high-speed train to the city of Córdoba, where they explored the Old Town on foot. The entire historic center is declared a World Heritage site and walking the cobble-stoned alleys is like walking through history. 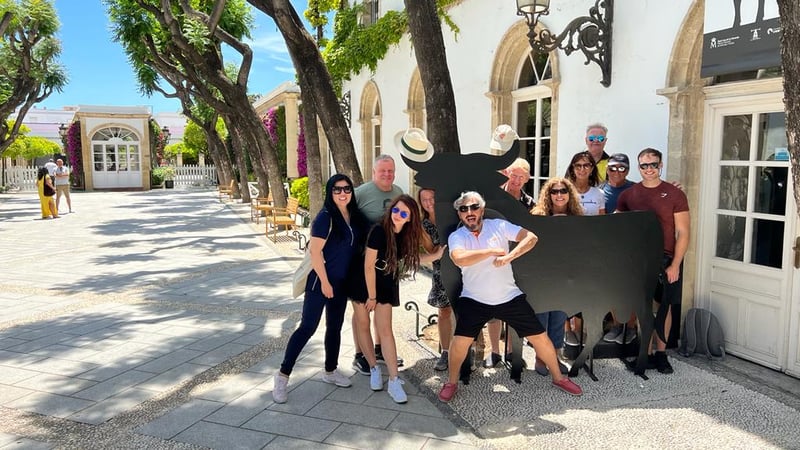 The star of the show was the Great Mosque of Córdoba. Besides the impressive structure, some of the team were surprised that it still stands from when Muslims ruled most of Spain, Portugal, and even a part of Southern France in the late 8th century. There was much to learn with highlights including: The next stop on the whirlwind trip was Seville. The team visited Plaza de Espana, where someone remarked that everything you see is like looking at a painting. True indeed! Spanish culture was on the menu where the ambassadors watched Doma Vaquera, an Andalusian horse dancing show. Watching a live band with a traditional flamenco dance also provided some excitement. And running up the Tarifa sand dunes was, well, a workout! 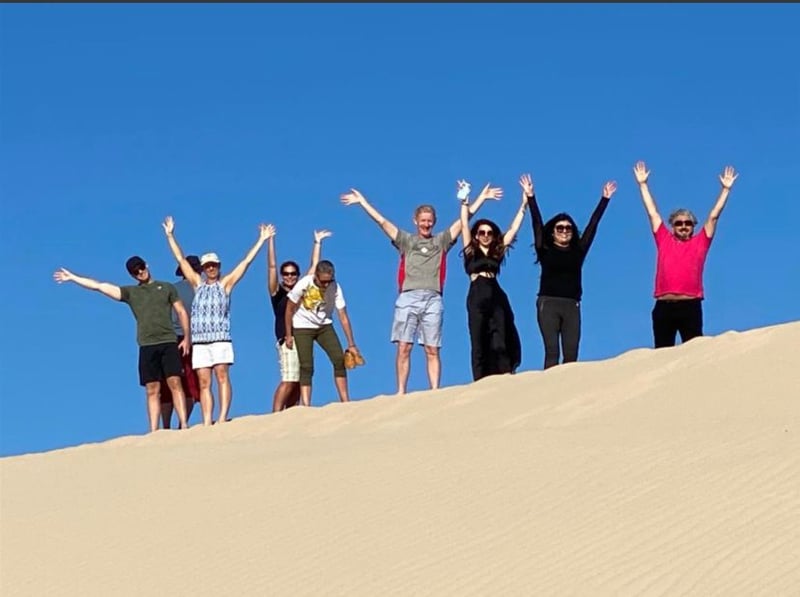 “We’re doing a land tour of Andalucia Spain and getting work done along the way as much as we can. This is my first time here. There are rich cultural events here and there’s so much to see, so much to do, the food is incredible, and I’m with an amazing group of people while exploring.” 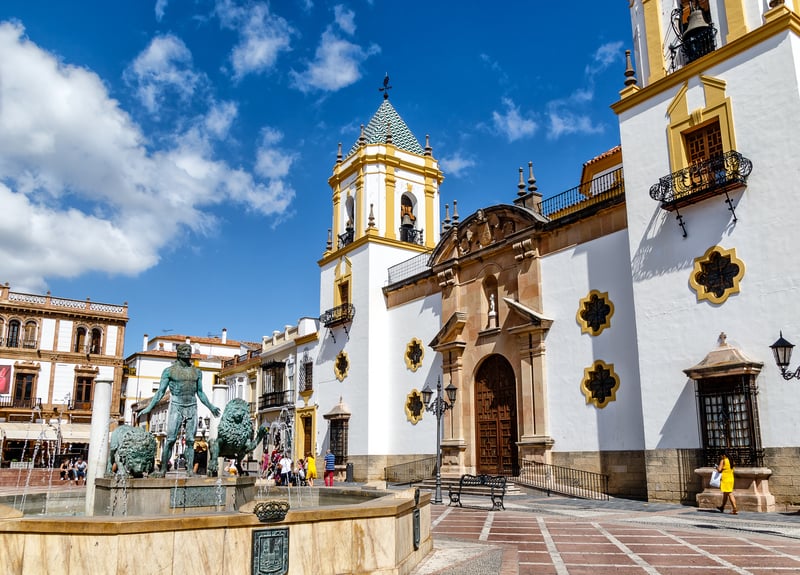 On day three, the team visited the mountaintop village of Ronda. Just when they thought Spanish towns couldn’t get any more picturesque, they were blown away by this circa-15th-century village dramatically set atop a deep gorge. As you can imagine, many stunning photographs were taken from the bridge separating the old town from the new one. 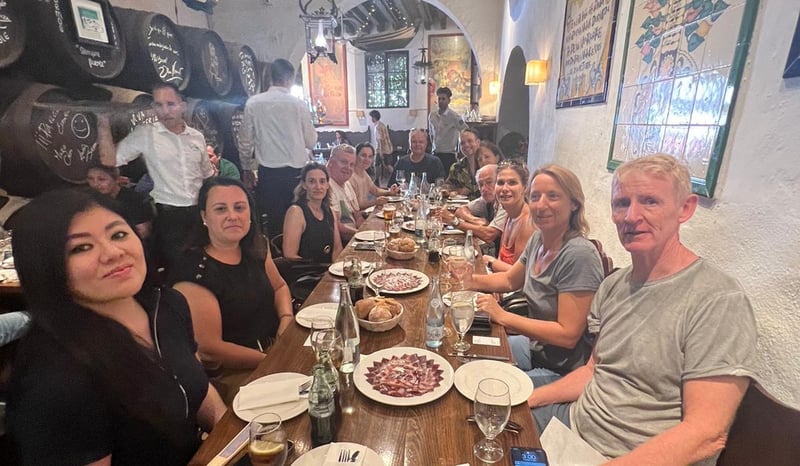 After another insightful and educational guided walking tour through the village, the team spent the night in a winery and boutique hotel. They were amazed at the delightful Spanish cuisine which they washed down with the superb local vino. 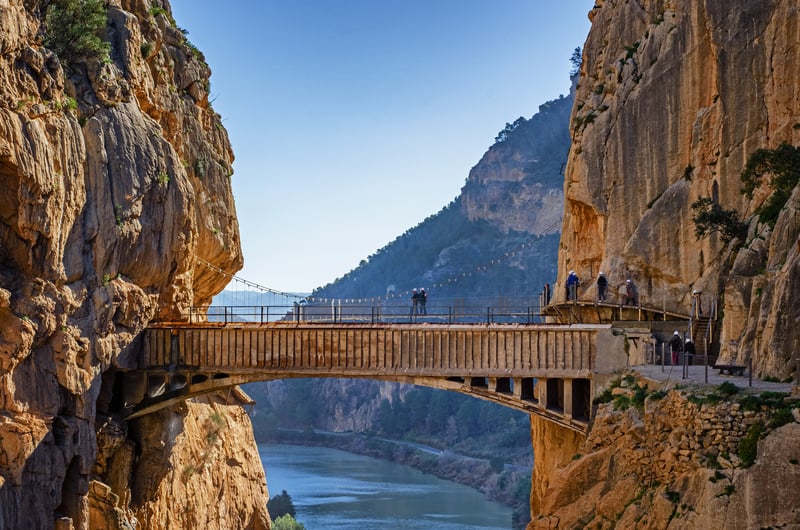 On the fourth day, the team walked through Caminito Del Rey, which includes a boardwalk attached to the side of a cliff with incredibly stunning scenery.

The group loved the cosmopolitan vibe of Malaga along with its historical buildings and aesthetic architecture. Being the birthplace of Picasso, a visit to the Museo Picasso was in order where the team got to see some original (and very expensive!) paintings of the revolutionary artist. An outdoor seafood dinner paired with vino blanco was another culinary delight and the perfect finish to another awesome day. 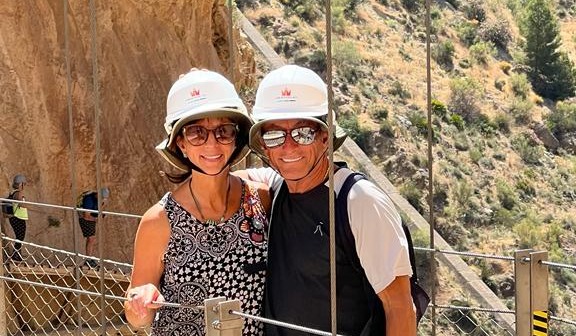 “This trip in Spain has been incredible. It’s non-stop but it's really worth it, and I can’t wait to share with other residents at Storylines about what’s to come for us.” 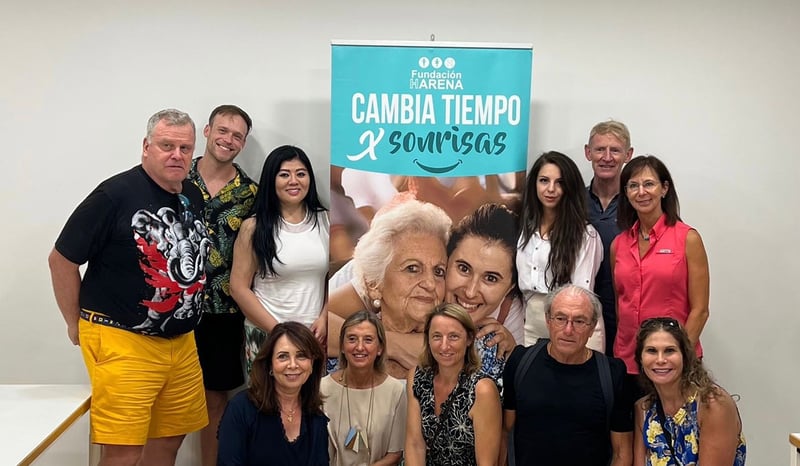 On day five, the team visited the Palais Nasrides Del ‘Alhambra. As you may expect, the architecture and aesthetics of the Alhambra had the founding members in awe. Then it was time to escape to nature with some four-wheel driving to explore the Tabernas Desert. On the road, the founding members brushed up their Spanish skills with some help from the guide. They followed this up with volunteering at Fundación Harena to learn how Storylines residents can help improve the quality of life for elderly people in the region by overcoming loneliness. It was the perfect way to wrap things up.

Didn't want it to end

At the time of writing, Storylines’ residents are still sending and receiving pictures and messages, expressing how they didn’t want the trip to end. They were dreading having to get on an airplane with international air travel such a hassle at the moment. They reiterated how the ease of cruising has never been more appealing.

The whirlwind trip was another resounding success, enabling Storylines residents to further refine the balance between exploration, fun and giving back. Perhaps most importantly, it was beautiful to see the further strengthening of bonds and the beginning of a global community forming. Simplemente hermosa. ¡Adiós!

The trip could not have been so successful and smooth-sailing without the help of key individuals. Muchas gracias to our hosts, the government of Andalucia, and Suncruise Andalucia- they went above and beyond to make sure we were accommodated, despite the high tourist numbers. Antonio Marti from the government of Andalucia was with us at all times and coordinated everything seamlessly. And a special thanks to the Manager of Suncruise Andalucia, Esther Molina who, after inviting us to CITCA Suncruise 2021, enabled the trip to happen and once again welcomed us with open arms.

We would also like to thank Rafael Carmona Ruiz, President of the Port Authority of Seville, and Manuel Gonzalez, the Commercial Director of the Port of Seville, both of whom were instrumental and will be facilitating future visits when MV Narrative visits the region. Finally, thank you to Javier Mateos, Coordinator of Promotions and Communications of Seville.